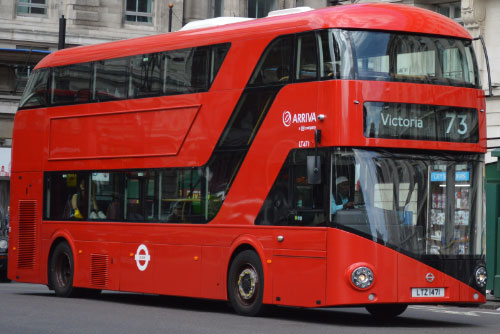 Well, the most common means of transport in Vietnam are motorcycles (motorbikes) and cars. Our public transport system is rather underdeveloped and limited or even non-existent. Bus is quite popular but not always reliable. Train isn’t widely preferred as it’s way too old and too slow. However, air travel is becoming increasingly affordable and commonly used these days though I’m not quite sure if it also categorised as public transport.

Well, it depends really. In big cities, only old people and students prefer public transport due to its low cost and also they have time on hand. Vietnamese adults, especially those aged between 22 and 55 rarely use it. They are constantly on the go while buses and trains seem too slow. In the countryside, people, both old and young, often take the bus or train when they travel long distances.

Most people in Vietnam prefer and rely on their private vehicles to get around, especially the motorcycles. They are faster and much more convenient than buses. Also, there are so many long and narrow lanes in Hanoi or Ho Chi Minh City that can be accessed by foot or motorcycles only.

However, I believe private transport is the primary cause of several pressing problems that big cities are facing, including air pollution and traffic congestion. This is detrimental to both the environment and people’s quality of life. For example, the air quality index in Hanoi has reached dangerous levels so many times this year increasing people’s risk of respiratory diseases, which is truly alarming.

Well, I can see some positive changes in people’s attitude towards public transport and hopefully, there’d be a massive increase in their awareness of this issue. Vietnamese people are starting to use buses more often. I believe they would be willing to give up the comfort of their private vehicles and chose public transport if more modern buses are added and current and new metros or subways system come into operation.

Well I’m not sure. There are several ways to commute such as driving, riding taxies, buses and motorcycles or using a Hi-tech ride-hailing service. However, it can be extremely time-consuming and uncomfortable due traffic jams. Sometimes, I feel like a torture to commute to or from work.