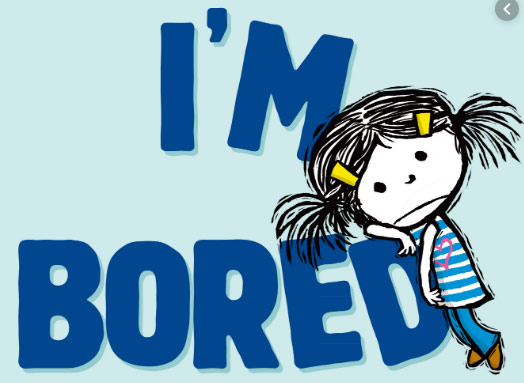 Do you get bored easily?

Probably no. Although my work is rather repetitive, I’ve never been fed up with it. I think it is extremely important to keep a positive attitude in life. Also, I don’t want to become a jaded person. Therefore, I always try to come up with new ways to entertain myself and take up different leisure activities to maintain a happy and balanced lifestyle.

Why do you think people get bored at work?

There could be several reasons for this but I think mainly because they have to do the same tasks over and over again / do the same tasks day in day out. Repetition is the worst enemy in the workplace. It can lead to a severe loss of enthusiasm and willpower to continue. Another reason is perhaps they fail to see the point of their work. Having no specific goals means there is nothing to look forward to, and this can make life unexciting.

Can you suggest some boring jobs in your country?

Well there are a lot. I guess most people get bored with their work at some point in life, especially when they have been in a certain position for a long time. However, there are several kinds of jobs that are boring from the very beginning such as waiter/ waitress, bus conductor or lift operator. Dead-end jobs and monotonous jobs should be avoided at all costs, I think.

Why do they keep such boring jobs?

I guess the major cause is money. All grown-ups have to earn a living, especially when they are the breadwinners in their families. They need money to pay the bills and support their children’s education. That’s why they have to put up with these tedious jobs even though they can’t stand boredom. Another reason might be due to their lack in the qualifications and skills needed for a career change. They simply have no choice.

Do you think robots will replace people to do boring jobs in the future?

I do think so. That’s what technology is meant to do. Someday, robots will take over all routine jobs such as assembly line workers or truck drivers. Humans will be liberated from uninteresting work and they will focus on professions that involves creativity, compassion and empathy, their irreplaceable qualities.
Do you think it’s impossible for people to get bored nowadays?

That’s an interesting question. I’m afraid I disagree with this. Being surrounded with media & entertainment doesn’t mean that boredom is OUT OF THE QUESTION in this ever-changing world (out of the question = impossible). On the contrary, individuals now tend to lose their interest more quickly and easily than ever. For example a great number of children are getting addicted to electronic games. They appear to have fun but in fact they are trying to escape from boring schoolwork. I think boredom is an integral part of modern life. What matters is our ability to handle it effectively.