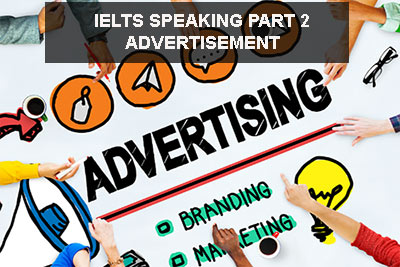 Describe an ad which you have watched recently
You should say:
What it was for
Where you saw it
How you felt about it
And explain why you thought it was a good or bad advertisement

Sample Answer:
Well to be honest, I always try to avoid or skip advertisements but a couple of weeks ago I watched an online commercial for a washing powder brand from Thailand and I really enjoyed it. It tells the story of a cute little boy who was preparing for his math exam the following day. However instead of studying hard, he attempted to cheat on it by writing down several equations on the inside of his uniform’s sleeves. He looked very confident that his cheating scheme would work out well. On the exam day, however, when he rolled up the sleeves to see the equations, they were all gone. To his surprise, he saw only a message from his Mom wishing him good luck. It turned out that his Mom knew his bad intention and she already washed the shirt the night before the exam. Obviously, he ended up failing the exam.
I came across this creative ad while watching some funny videos on YouTube. I believe it was originally a TV commercial but someone has uploaded it on the Internet. Its catchy title caught my attention and I clicked on it. I was not disappointed, this ad was fun to watch. It’s different from normal boring ads that constantly annoy me every day. This commercial made me feel happy and instantly put me in a positive mood. It is a great reminder of the old saying that I wholeheartedly agree with: honesty is the best policy.

Follow up question: why do you think it is a good ad?
well, from the advertiser’s perspective, this commercial is successful in getting the message across to its target audience, women with kids. As it places a high value on honesty, consumers will tend to believe that this company is also honest and reliable. As a result, customers will flock to them and stay loyal to them.

From the audience’s perspective, this commercial is funny, inspirational and educational at the same time. It inspires women to be a proud mom and teach their kids the right values for a fulfilling life, such as honesty and hard work. This is definitely one of my favorite ads which communicate values rather than try to sell things or to brag about how good the company is.