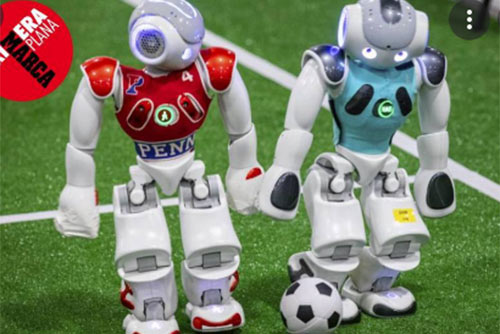 Scientists believe that computers will become more intelligent than human beings. Some people find it is a positive while others think it is a negative development. Discuss both views and give your opinion.

On the one hand, the advent of superintelligent computers might pose a substantial threat to humankind. As humans cannot rival these machines in technical fields such as calculating and analyzing, a considerable number of people might be out of a job. In addition, the popularity of superhuman robots might exacerbate social cohesion weakening. In Japan, for example, there has been a trend towards making friends with or even getting married to a virtual character since having digital companions seems more convenient and trouble-free. This signals an undesirable scenario when humankind might show less consideration for each other.

I, however, incline to the view that the merits of superintelligent computers are greater than their potential demerits. If robots outperform humans in intellectual capacity, they can replace people in repetitive and mentally intensive jobs. Being liberated from such demanding and exhausting tasks, people could focus on their creative pursuits, passion and humane work that requires empathy and compassion. They would also have more time to spend with their family and friends, which enables them to lead a more balanced lifestyle. Furthermore, when robots are highly intelligent, they might make a more caring and dedicated companion for people, especially children and the elderly. It is often argued that when robots are more intelligent than humans, they could threaten the safety of humanity. However, I believe machines can never become a substantial danger since humans can easily control the sources of energy that they run on.

In conclusion, while skeptics view highly intelligent robots as a major threat, I believe these cutting-edge technologies can liberate humans from uninspiring work and and enrich their lives. People should learn to collaborate with them and be prepared for the future rather than hold onto unfounded fears.