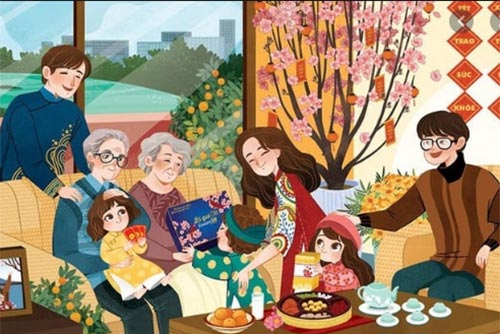 Some people believe that young people should follow tradition while others think they should be free to behave as an individual. Discuss both views and give your opinion. The world is changing so fast that the value of long-established traditions is increasingly questioned. While traditional ways of life are commonly seen as standards for young people to follow, many claim that individuals should be able to behave freely. In this essay, both sides of the argument will be discussed and then I will give my own perspective.

Advocates of tradition observance would argue that long-standing customs and practices represent a crucial part of any cultures, and therefore should be embraced. Traditions reinforce underlying values that have laid the foundation of human civilisations, including courtesy, integrity and altruism. Without these virtues, young generations would fail to become contributing members of society. In addition, practicing long-standing tradition could give individuals a sense of belonging that is vital to their mental health.

Those who oppose traditional practices might claim that individuals should be free from all constraints. A vast number of traditions and social norms were established thousands of years ago and has become inappropriate. The persistence of such practices may be detrimental to individuals’ well-being and undermine social progress. Take child marriage in India as an example, this entrenched custom has deprived generations of Indian women of their fundamental rights and damaged their dignity. It is therefore justifiable to challenge and discard such a harmful tradition.

I believe traditions representing fundamental moral values should be preserved while outdated practices must be dismissed. Meaningful traditions can foster individual liberties rather than hinder them. The transmission of these practices is often done through setting a good example so there is no coercion or violation of individual freedom. At the same time, young people should be allowed to defy obsolete conventions as this might give rise to innovative ideas and more beneficial ways of life.

In conclusion, despite being a strong advocate of righteous traditions, I believe forcing the young to follow all conventional practices is unjustifiable. Only with tolerance can humankind build a better world for all individuals to flourish. (328 words)