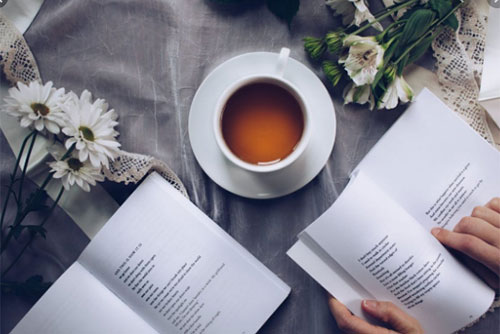 Is reading now more popular than in the past?

That’s a tough question really. On the one hand, since living conditions have improved greatly, people in Vietnam can now have far more disposable income to afford reading as a leisure pursuit. Indeed, there have been a much broader range of books than ever. On the other hand, the appeal of reading is probably on the decline, especially among youngsters who are attracted by the glamour of fancy gadgets and movies. So overall, it’s hard for me to give a definite answer to this question.

What kinds of book are popular in Vietnam?

Well, as I mentioned there is a wide range of books that are preferred in Vietnam. Old readers tend to place a greater emphasis on historical books or biography. Probably, they are more fascinated by the bygone than their young counterparts. Young readers, on the other hand, tend to be captivated by personal development books and novels, especially romance stories or science-fiction. Particularly, business books have been increasingly sought after in Vietnam as establishing and running a start-up has been on trend among local youth for several years.

Who do you think read more? young people or old people?

Well, this isn’t something I’ve ever considered but I’d say that probably youngsters with plenty of spare time read far more often than older adults. The most obvious reason is that there has been a broader range of engrossing books catering to them than those targeted at aged readers. Educational books, for example, are now colourfully illustrated and meticulously designed to capture the attention of children. Working adults, by contrast, tend to have less disposable income and spare time to pursue any hobbies at all. With a family to take care of, they seem to have too much on their plate already. As for elderly people, they might be too frail or their eye conditions wouldn’t allow them to read frequently.

Do people prefer reading a book or a film based on that book?

That’s an intriguing question! My personal thinking is that it really depends on how well the film is directed and produced. I mean if the adaptation can manage to retain the thrill and nuanced messages of the book then the film will be warmly welcomed. If, however, it failed to do so, passionate fans of the book would feel disappointed and even get furious over such a lousy production.

Do you think children who read a lot will be more successful?

Definitely. I guess you probably know the saying that today a reader, tomorrow a leader. Children who read intensively from a very young age will cultivate this healthy habit and carry it over into their adulthood. As a result, they tend to be better-informed and wiser than their nonreader counterparts. It has been scientifically proved that reading can foster children’s cognitive and emotional development so without a doubt, avid/ keen readers will possess more advanced critical thinking skills and a significantly higher level of emotional intelligence, which are key factors of success.