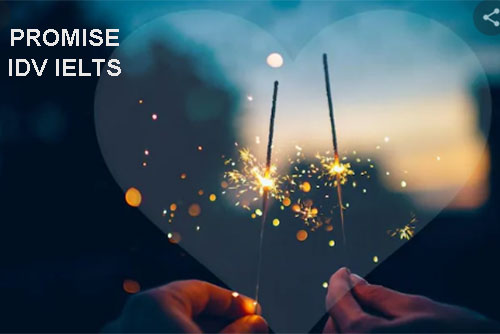 What kinds of promise do parents often make?

Well, there are various types of promises made by them but I suppose the most common one might be to reward their child for an excellent performance or other accomplishments. Like for instance, if the kid completes all his or her homework, he or she will be allowed to play computer games. Another typical situation is when parents promise to accommodate their children’s requests such as buying a new toy, keeping a pet or going to the amusement park at the weekend. Toddlers and pre-schoolers tend to be unreasonably demanding so making promises like these might be just a convenient way to comfort them or to stop their temper tantrums.

Do you think parents should keep their promises?

Absolutely, it’s crucial for them to keep their words. The main reason is that parents are often seen as role models for their kids. If they fail to set a good example, their children might just follow suit and do not take their sayings seriously. This might get them into trouble later in life because they would be considered as unreliable. On top of that, when adults keep breaking their promises, kids would feel frustrated and become cynical, which can be truly detrimental to their mental well-being and moral development.

Do you think children should be rewarded for keeping their promise?

Well, the way I see it, children shouldn’t be rewarded just for keeping a promise. Honouring every word they’ve said is an obligation and a sign of trustworthiness, honesty and integrity. These virtues can be of paramount importance to their future success and happiness. Moreover, if children get rewards for simply being a good person, they might get accustomed to this and only do so for something in return. Turning kids into self-centred or egocentric individuals is obviously the worst outcome of parenting.

No doubt, they play a critical role in not only business but also daily life. Without a contract that defines clearly the responsibilities and rights of each party, there would be no solid base to settle disagreements when they arise. Likewise, without an agreement in writing, it would be extremely complicated and frustrating to handle civil disputes. For example if someone borrows a great deal of money from their friend and fails to pay pack, they won’t be legally bound to do so if no documents of the loan have been made. So overall, written agreements can be an indispensable protective measure.

Are written agreements more important now than in the past?

That’s a tough question really. Let me think for a second. Well, I believe people now have placed greater significance on these types of documents than in the past. This is mainly because the world of business is becoming increasingly complex and extensive. Around a century ago, there used to be far fewer commercial transactions whereas one company might now be dealing with thousands or even millions of customers across the globe at the same time. This couldn’t be handled smoothly and efficiently without written agreements. Most importantly, in our modern era, these documents are required by laws in case of conflict settlement so making such agreements seems somewhat more critical than it used to be.

Do you think people get offended if they have to make a written agreement?

Well it depends really. In business, entering into an official agreement is a customary and advisable conduct so no one would be offended by this. In social context, however, some people would probably feel a little bit upset or frustrated if they are asked to make a written agreement by their friends or family. It makes sense because from their perspective, they might suppose that the other person is not trusting them, which may hurt their feelings deeply.