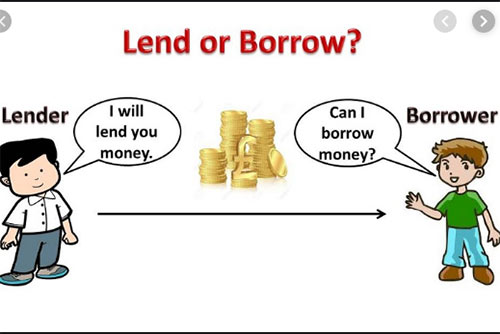 Definitely. I always think life is a give and take game. No one can live alone and sharing things is a good way to get connected. By lending stuffs to people, I would be more comfortable asking to borrow other items from them. Also, it feels great to be able to help those in need.

Well, everything, from basic stuffs including food, stationery and household tools to valuable possessions such as laptops, cameras, motorcycles or even cars. Money is also commonly borrowed, especially among family and friends. I think Vietnamese people in general are super kind and generous to those they are close to.

It depends really. For an item people only touch few times in their life, they are much better off borrowing it from others. However, for stuffs used on a regular basis like every day or every week, it makes sense to buy them instead. Also, it doesn’t feel good to ask people over and over to borrow the same things.

Ideally, they should do this to show respect to others. However, in case of emergency and especially for items of little value such as a pen or a piece of paper, I suppose it’s fine to just use them and tell the owners later. Most people don’t make a fuss over such trivial things I believe.

I don’t think there should be a rule applicable to this. Depending on the agreement between two sides, then after a certain period of time, the borrower must give the item back. It’s thus crucial to set out a specific returning time, kind of a deadline for borrowing in the first place.

Because it is extremely risky to do so. Expensive possessions such as computers and cars are subject to costly damages. And in case this happens, it would cause trouble for both sides or even worse lead to a fierce argument which might put an end to their relationship.

I can’t stand this. I mean this is just the same as robbing people who trust them. They might have a reason to do so. Maybe they are dead broke or too desperate but at least they should be honest about their situation rather than running away with others belongings.

Well, this is an extremely common practice in business. A considerable number of clothes manufacturers are copying designs of reputed fashion houses. In some countries, music could be easily downloaded and used for free without permission from the owners. I find it amazing that a lot of people consider this normal and acceptable.

Well, with technology advancement I believe there are measures to spot illegal music downloading portals and ban them all though this may take time. The governments should also be more active in enforcing laws on intellectual and personal property rights. What’s more important is to raise public awareness on this issue and encourage individuals to take initiatives and make a difference themselves.