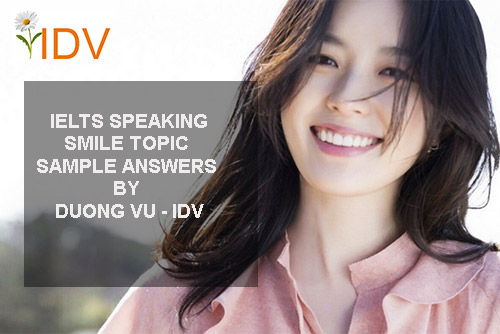 Absolutely. I believe a smile has magical power to heal all kinds of sorrow and light up the world. Smiling can be so powerful because it’s contagious. It could turn a bad day around for someone, lift their spirits and make people around them feel happier too. That’s why the ability to smile easily and appropriately is considered a crucial part of good manners.

Do you think smiley people are friendlier?

Well, it depends on whether it is a genuine or fake smile. Although amiable people always have a ready smile on their face, I believe not all smiley people are friendly. Some are remarkably good at acting or putting on a face in order to deceive others or simply because smiling is part of their job. Flight attendants, for example, might smile a lot and appear to be friendly to their customers but may be arrogant and unsociable outside of their workplace. We should never judge a book by its cover, you know.

Why do people often smile when being photographed?

There could be several reasons but I suppose the principal one is that people all wish to look happy and cheerful in photos. No one would want their unhappy moments to be captured and stored in pictures, right. I believe a real smile can brighten up even the most miserable face and make them look radiant. Or perhaps, smiling for photos is simply a habit as people are often told to say cheese, I mean smile, when posing for their pictures from a very young age.

Do you think women smile more often than men?

That’s an interesting one! I totally agree, Women tend to be more expressive so it’s harder for them to contain their joy. Men, on the other hand, prefer to keep a straight face because smiling guys are often perceived as naive and less manly than those who appear unfriendly and prideful. This could be attributed to deeply entrenched gender stereotypes and social norms rather than genetic differences.

Do you think people smile more when they are younger or older?

That’s a tough question! I’d say that as people grow older, they tend to smile less often. Since most children don’t need to bear the burden of making a living during their childhood and adolescence, they tend to enjoy a carefree life and smile endlessly. However, as soon as they enter adulthood and have to cope with all kinds of worries and stresses related to work, relationships and finance, they start to forget how to smile. Life is obviously not a bed of roses and I suppose only those who are tough, resilient and lighthearted could  be able to keep a smile on their face through all kinds of hardship and struggles thrown at them.