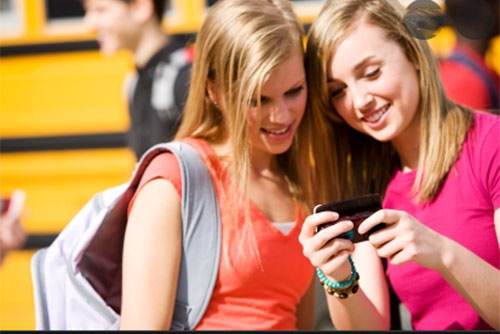 In what situation do people have to be friendly?

Generally speaking, people should be amiable all the time, especially in social and professional situations. For example, children need to be kind to their peers, their teachers and school staff. As for adults, they are expected to be friendly to their colleagues, customers and partners. This would help build a supportive and motivational work environment and strengthen business cooperation.

What is the difference between being friendly and being polite?

That’s an interesting one. The way I see it, friendliness tends to be associated with character or personality while politeness is directly proportional to their level of education. To be more specific, when people are friendly, they tend to be approached easily. They treat others like friends and make them feel at ease. By contrast, being polite mean treating others with respect and discretion. All in all, I believe people can be educated to be courteous but most people are friendly by nature.

What kinds of people are usually friendly?

I’d say that those who are kind-hearted, laid-back and outgoing tend to be friendly and approachable. This is mainly because they sincerely care about others or simply love being surrounded by people.

Why are people friendly with those they don’t like?

Well, without a doubt, there are different reasons or motives for doing so but I suppose the most common one is courtesy. Those who are well-mannered and mature enough know how to act so that they don’t embarrass themselves or humiliate others even if they can’t stand those people. I mean they are just being amiable out of politeness. Additionally, some artful people may try to suppress their hard feelings and pretend to be agreeable to someone in order to take advantage of that person or their relationships.

Do you think people now are friendlier than they were in the past?

Well, that’s true to some extent. The world is becoming more and more open, so are people from different countries across the globe. We’ve become interconnected and interdependent on each other more than ever, so friendship and partnership are increasingly valued. Since World War II, there has been no such catastrophic event on a global scale. However, if we look closer, it’s fair to say that people, especially neighbours are becoming less friendly to each other. For instance, several decades ago, people in Vietnam used to live in open houses with no fences or gates. They could easily drop by others’ houses and talk to them whenever they felt like. But these days, most families are building higher walls to isolate themselves from their neighbours. This is mainly due to privacy issues, which seem plausible and problematic at the same time.

Why are some people always friendly to others?

Well, there could be several possible explanations but I suppose the primary reason is that they have an easy-going temperament. Probably, they might have inherited the trait from their parents or it just runs in their family. As well as this, there are also people who have trained themselves to have a pleasant personality, simply because their job demands that or because they’ve recognised the enormous benefits of being calm and amiable all the time.