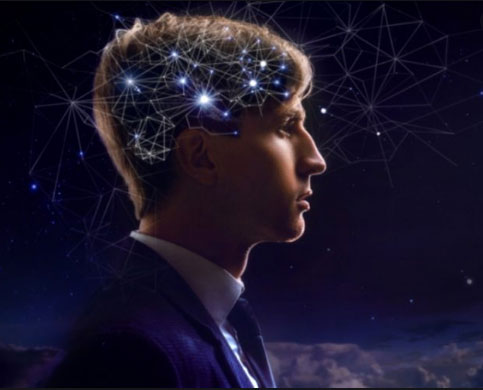 Who have better imagination? Young people or old people?

That’s a tough question really. I have no strong feelings one way or the other. On the one hand, young people tend to be more adventurous and free-spirited. Generally speaking, they are less restrained by rules or stressed over day-to-day worries, so they might have greater opportunities to exercise their imagination power. Old people, on the other hand, could be more experienced and knowledgeable. Instead of letting their mind wander aimlessly, they can control the flow of their thoughts and make their visualisations more productive and relevant to specific purposes.

Do you think imagination is important?

Absolutely. Imagination goes hand in hand with creativity and these skills play a critical part in the development of human civilisations. Without dreams and imagination, all scientific breakthroughs and inventions would be impossible. There is no doubt that all man-made products have been created first as visualisations in someone’s mind:  clothes, TVs, airplanes, the Internet, the list could go on and on. Most importantly, imagination helps relieve stress or pain and improve mental well-beings. It is the most crucial ingredient of all forms of art such as literature, music and film, which might enable people to escape into another world and break free from stressful reality for a while.

What kinds of job need imagination?

Well, I suppose certain professions might involve a higher level of imagination than others.

The most popular jobs for imaginative people may be those directly related to art such as designer, artist, writer and actor. For example, in order to write an engrossing novel, the author must spend hours per day to vividly visualise in their mind how their story would develop. Another area that also requires a great deal of imagination is probably science. Although this field is primarily based on data and facts, visualisations are needed for scientists to break from conventions, which I believe could lay the foundation for innovations and new discoveries.

What subjects are helpful for children’s imagination?

That’s an intriguing question. As I mentioned, imagination is closely linked to art so I suppose subjects like literature, painting, paper cutting or drama might do wonders in nurturing this unique skill. Additionally, extra-curricular activities could also improve their imaginative capability drastically. Spending time in nature and playing outdoors are among the most rewarding and spontaneous ways to enrich children’s imagination I believe.