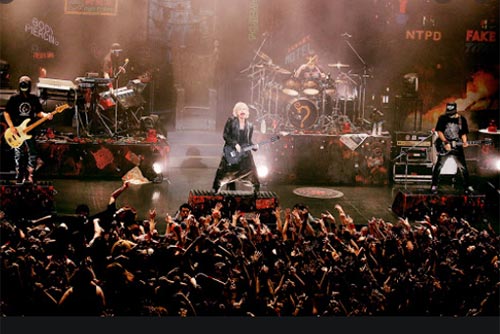 I believe it feels more fascinating and special to be able to attend a live shows or concerts. For passionate fans, nothing can be compared to seeing their idols in person and listening to their real voice. Particularly, when people join a crowd of the same interest, they’d feel a sense of belonging and this positive energy can make watching live performances much more extraordinary and rewarding than watching them on TV.

Well, modern concerts seem more popular and appealing to young people in Vietnam while traditional performances are organised for old people and foreign tourists only. This is mainly due to globalisation and western culture influence but another significant factor is a lack of marketing effort and publicity for folklore culture.

Definitely. I’m afraid, without immediate  actions, folklore music and dances would soon disappear. The government should run campaigns on mass media or support folklore artists in organizing free performances in order to raise public awareness. When people see with their own eyes how wonderful traditional performances can be, they would be more conscious of protecting folklore heritage for future generations.