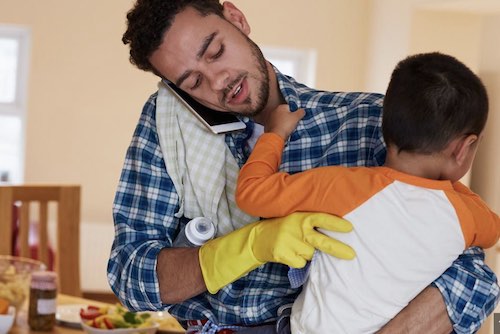 In some countries, fathers tend to stay at home to take care of their children while mothers go to work full-time. Why is this the case? Is this a positive or negative development?

It is increasingly common for men to assume the role of a caregiver at home while their wives are working full time to provide for their family. This trend is mainly attributable to increased gender equality and I consider it a desirable social development.

Unquestionably, there has been remarkable progress in the global effort to fight gender inequality over the last decades. Women have been empowered to step out of their kitchen and pursue their independent careers. Many women have achieved outstanding accomplishments in their professional life and climbed to high-ranking positions on the corporate ladder. In Vietnam, for instance, the number of huge businesses led by a female leader, including Vietjet Air, Vinamilk, PNJ and Bac A Bank, is growing rapidly. Obviously, these women  have to sacrifice their personal life to some extent in order to reach their professional goals. Added to that, men are increasingly supportive of women’s success in the workplace. While misogyny is still common in certain fields and regions, especially in rural areas, most men are now willing to equally share domestic responsibilities with their partners, even to become a full-time caregiver for their family.

I strongly believe this phenomenon can be considered a major advance in social development. Stay-at-home fathers can promote gender equality by setting a great example for their own children. This can inspire future generations to embrace the equality of opportunities for women. Furthermore, it has been scientifically proven that children who spent a great deal of time with their fathers during their formative years tend to become more self-assured and well-adjusted later in life. Admittedly, men who stay at home permanently might put their careers in jeopardy, become financially dependent and thus …