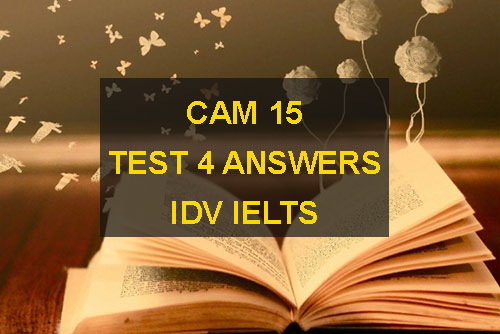 Đoạn 2: “the huarango was key to the ancient people’s diet”.

a long time ago = ancient

Đoạn 2: “it allowed local people to withstand years of drought when their other crops tailed”.

Đoạn 2: “But over the centuries huarango trees were gradually replaced with crops. Cutting down native woodland leads to erosion, as there is nothing to keep the soil in place”.

Đoạn 2: “So when the huarangos go, the land turns into a desert.”

Đoạn 6: “His farm is relatively small and doesn’t yet provide him with enough to live on”.

Đoạn 7: “But even if Whaley can convince the local people to fall in love with the huarango again, there is still the threat of the larger farms. Some of these cut across the forests and break up the corridors that allow the essential movement of mammals, birds and pollen up and down the narrow forest strip. In the hope of counteracting this, he’s persuading farmers to let him plant forest corridors on their land. He believes the extra woodland will also benefit the farms by reducing their water usage through a lowering…”.

Đoạn 8: “It’s not like a rainforest that needs to have this huge expanse. […] If you just have a few trees left, the population can grow up quickly […]”.

Đoạn cuối: “He sees his project as a model that has the potential to be rolled out across other arid areas around the world. If we can do it here, in the most fragile system on Earth, then that’s a real message of hope for lots of places, including Africa, where there is drought and they just can’t afford to wait for rain.”; không nhắc đến việc “Whaley has plans to go to Africa to set up a similar project”.

Đoạn 5: “Carreiras explains that silbadores are able to pass a surprising amount of information via their whistles. ‘In daily life they use whistles to communicate short commands, but any Spanish sentence could be whistled’”.

Đoạn 6: “The study team used neuroimaging equipment to contrast the brain activity of silbadores while listening to whistled and spoken Spanish. Results showed the left temporal lobe of the brain, which is usually associated with spoken language, was engaged during the processing of Silbo. The researchers found that other key regions in the brain’s frontal lobe also responded to the whistles, including those activated in response to sign language among deaf people. When the experiments were repeated with non-whistlers, however, activation was observed in all areas of the brain”.

Đoạn 8: “indigenous Canary Islanders […] already had a whistled language when Spain conquered the volcanic islands in the 15th century”.

Đoạn 8: “There are thought to be as many as 70 whistled languages still in use, though only 12 have been described and studied scientifically”.

in existence = in use

Đoạn cuối: “Since 1999, Silbo Gomero has been taught in all of the island ‘s elementary schools”.

Đoạn 4: “Silbo is a substitute for Spanish, with individual words recoded into whistles which have high and low-frequency tones”.

Đoạn 4: “A whistler – or silbador – puts a finger in his or her mouth to increase the whistle’s pitch…”.

Đoạn 4: “[…] the other hand can be cupped to adjust the direction of the sound”.

Đoạn 5: “In daily life they use whistles to communicate short commands, but any Spanish sentence could be whistled.”

Đoạn 5: “Silbo has proved particularly useful when fires have occurred on the island and rapid communication across large areas has been vital”.

under threat = be threatened

Đoạn cuối: “The local authorities are trying to get an award from the organisation to declare [Silbo Gomero] as something that should be preserved for humanity”.

Đoạn 1: “The environmental practices of big businesses are shaped by a fundamental fact that many of us offend our sense of justice. Depending on the circumstances, a business may maximize the amount of money it makes, at least in the short term, by damaging the environment and hurting people”.

Đoạn 1: “That is still the case today for fishermen in an unmanaged fishery without quotas…” ~ overfishing

Đoạn 1: “… and for international logging companies with short-term leases on tropical rainforest land in places with corrupt officials and unsophisticated landowners”. ~ ‘destruction of trees’.

Đoạn 3: “Our blaming of businesses also ignores the ultimate responsibility of the public for creating the conditions that let a business profit through destructive environmental policies. In the long run, it is the public, either directly or through its politicians, that has the power to make such destructive policies unprofitable and illegal, and to make sustainable environmental policies profitable”.

Đoạn 4: “The public may also make their opinion felt by preferring to buy sustainably harvested products; by making employees of companies with poor track records feel ashamed of their company and complain to their own management; by preferring their governments to award valuable contracts to businesses with a good environmental track record; and by pressing their governments to pass and enforce laws and regulations requiring good environmental practices”.

Đoạn 5: “In turn, big businesses can exert powerful pressure on any suppliers that might ignore public or government pressure. For instance, after the US public became concerned about the spread of a disease known as BSE, which was transmitted to humans through infected meat, the US government’s Food and Drug Administration introduced rules demanding that the meat industry abandon practices associated with the risk of the disease spreading. But for five years the meat packers refused to follow these, claiming that they would be too expensive to obey. However, when a major fast-food company then made the same demands […], the meat industry complied within weeks”.

Đoạn 6: “the public must accept the necessity for higher prices for products to cover the added costs; if any, of sound environmental practices”.

Đoạn 6: “My views may seem to ignore the belief that businesses should act in accordance with moral principles even if this leads to a reduction in their profits. But I think we have to recognize that, throughout human history, in all politically complex human societies, government regulation has arisen precisely because it was found that not only did moral principles need to be made explicit, they also needed to be enforced.”

Không nhắc đến: “There is a contrast between the moral principles of different businesses.”

Đoạn cuối: “My conclusion is not a moralistic one about who is right or wrong, admirable or selfish, a good guy or a bad guy”.

Đoạn cuối: “In the past, businesses have changed when the public came to expect and require different behaviour … I predict that in the future, just as in the past, changes in public attitudes will be essential for changes in businesses’ environmental practices”.

Đoạn cuối: “In the future…changes in public attitudes will be essential for changes in businesses’ environmental practices”.

Không đề cập đến: “In the future, businesses will show more concern for the environment.”

Đoạn 2: “It is easy for the rest of us to blame a business”

Đoạn 3: “Our blaming of businesses also ignores the ultimate responsibility of the public”

Đoạn 7: “I place the ultimate responsibility for business practices harming the public on the public itself”