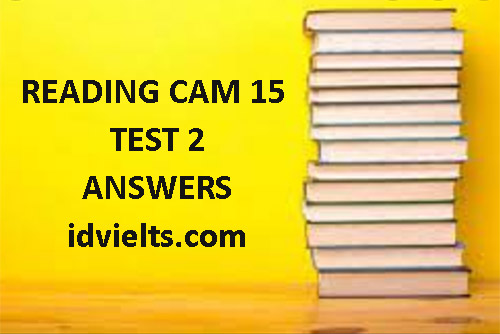 Đoạn B: “That is not to suggest everyone should dance their way to work, however healthy and happy it might make us, but rather that the techniques used by choreographers to experiment with and design movement in dance could provide engineers with tools to stimulate new ideas in city-making”.

Keywords: contrast, past and present, building

Đoạn C: “Whereas medieval builders improvised and adapted construction through their intimate knowledge of materials and personal experience of the conditions on a site, building designs are now conceived and stored in media technologies that detach the designer from the physical and social realities they are creating”.

Keywords: objective, both, dance and engineering

Đoạn F: “Yet it shares with engineering the aim of designing patterns of movement within limitations of space”.

Đoạn D: “They failed to take into account that purpose-built street cafés could not operate in the hot sun without the protective awnings common in older buildings, and would need energy-consuming air conditioning instead, or that its giant car park would feel so unwelcoming that it would put people off getting out of their cars. What seems entirely predictable and controllable on screen has unexpected results when translated into reality”.

Đoạn E: “Designs that seem logical in models appear counter-intuitive in the actual experience of their users”.

Đoạn A: “The ways we travel affect our physical and mental health, our social lives, our access to work and culture, and the air we breathe”.

have an impact = affect

Đoạn E: “The guard rails that will be familiar to anyone who has attempted to cross a British road, for example, were an engineering solution to pedestrian safety based on models that prioritise the smooth flow of traffic”.

Đoạn E: “…using staggered access points to divide the crossing into two – one for each carriageway”.

Đoạn E: “In doing so they make crossings feel longer, introducing psychological barriers greatly impacting those that are the least mobile”.

Đoạn E: “…encouraging others to make dangerous crossings to get around the guard rails”.

Đoạn E: “These barriers don’t just make it harder to cross the road: they divide communities and decrease opportunities for healthy transport”.

Đoạn F: “…and therefore how we could use it to make genetic modifications which could prevent mass extinctions in the future”.

Đoạn A: “the basic premise involves using cloning technology to turn the DNA of extinct animals into a fertilised embryo, which is carried by the nearest relative still in existence …”.

Đoạn D: “Since the disappearance of this key species (passenger pigeons), ecosystems in the eastern US have suffered….”.

Đoạn A: “many millions within a single flock, their migration was once one of nature’s great spectacles. Sadly, the passenger pigeon’s existence came to an end on 1 September 1914, when the last living specimen died at Cincinnati Zoo”

become extinct = come to an end

Đoạn E: “By pinpointing which genetic traits made it possible for mammoths to survive the icy climate of the tundra”.

Đoạn E: “Necessary adaptations would include smaller ears, thicker hair, and extra insulating fat, all for the purpose of reducing heat loss in the tundra”.

Đoạn E: “Necessary adaptations would include smaller ears, thicker hair, and extra insulating fat, all for the purpose of reducing heat loss in the tundra”.

Đoạn E: “Necessary adaptations would include smaller ears, thicker hair, and extra insulating fat, all for the purpose of reducing heat loss in the tundra…”.

Đoạn E: “This repopulation of the tundra and boreal forests of Eurasia and North America with large mammals could also be a useful factor in reducing carbon emissions – elephants punch holes through snow and knock down trees, which encourages grass growth. This grass growth would reduce temperatures and mitigate emissions from melting permafrost”.

Đoạn B: “If that contagious cancer had popped up previously, it would have burned out in whatever region it started. The return of thylacines to Tasmania could help to ensure that devils are never again subjected to risks of this kind”.

Đoạn F: “Many of the technologies that people have in mind when they think about de-extinction can be used as a form of “genetic rescue”,’ explains Shapiro. She prefers to focus the debate on how this emerging technology could be used to fully understand why various species went extinct in the first place”.

Đoạn D: “According to Novak, a hybridised band-tailed pigeon, with the added nesting habits of a passenger pigeon, could, in theory, re-establish that forest disturbance, thereby creating a habitat necessary for a great many other native species to thrive”.

Đoạn F: “We know that what we are doing today is not enough, and we have to be willing to take some calculated and measured risks”.

Đoạn 1: “Like other human emotions and expressions, laughter and humour provide psychological scientists with rich resources for studying human psychology, ranging from the development of language to the neuroscience of social perception”.

Đoạn 2: “Back in 1950, US sound engineer Charley Douglass hated dealing with the unpredictable laughter of live audiences, so started recording his own ‘laugh tracks’. These were intended to help people at home feel like they were in a social situation, such as a crowded theatre”.

Đoạn 3: “A team made up of more than 30 psychological scientists, anthropologists, and biologists then played these recordings to listeners from 24 diverse societies, from indigenous tribes in New Guinea to city-dwellers in India and Europe. Participants were asked whether they thought the people laughing were friends or strangers. On average, the results were remarkably consistent: worldwide, people’s guesses were correct approximately 60% of the time”.

Đoạn 4: “Laughter was recorded as each student took a turn at being teased by the others, involving the use of mildly insulting nicknames”.

Đoạn 5 dòng 9: “…high-status individuals were rated as high-status whether they produced their natural dominant laugh or tried to do a submissive one”.

Đoạn 6 dòng 8: “the students then were randomly assigned to watch a video clip eliciting either humor, contentment, or neutral feelings”.

Đoạn 7: “Students who had watched the Mr. Bean video ended up spending significantly more time working on the task”.

Đoạn 8: “Cheng and Wang then replicated these results in a second study, during which they had participants complete long multiplication questions by hand. Again, participants who watched the humorous video spent significantly more time working on this tedious task and completed more questions correctly than did the students in either of the other groups”.

Đoạn 9: “Although humour has been found to help relieve stress and facilitate social relationships, traditional view”.

Đoạn 9: “Although humour has been found to help relieve stress and facilitate social relationships, traditional view”.

Đoạn 3: “In one study conducted in 2016, samples of laughter from pairs … India and Europe. Participants were asked whether they thought the people laughing were … remarkably consistent: worldwide, people’s guesses were correct approximately 60% of the time”.

Đoạn 6 và 7: “the potential performance of employees based on provided profiles”, and they “were allowed to quit the task at any point”.

Đoạn cuối, dòng 1: “individuals should avoid things such as humour that may distract them from the accomplishment of task goals”.