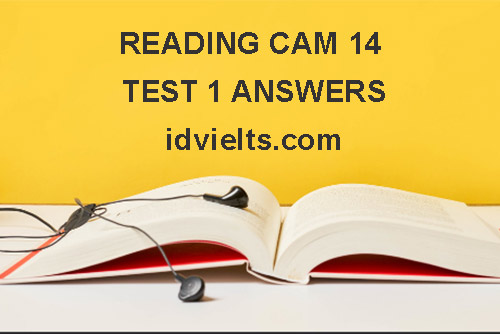 Đoạn 1: “After leaving school, Moore hoped to become a sculptor, but instead he complied with his father’s wish”.

Đoạn 2: “Although he wanted to study sculpture, no teacher was appointed until his second year”.

Đoạn 3: “Moore visited many of the London museums, particularly the British Museum, which had a wide-ranging collection of ancient sculpture. During these visits, he discovered the power and beauty of ancient Egyptian and African sculpture”.

Đoạn 5: “The aim of the group was to convince the English public of the merits of […] modern art and architecture”.

Đoạn 6: “There were calls for his resignation from the Royal College, and the following year […] he left […]”.

Đoạn 8: “A shortage of materials forced him to focus on drawing”.

turn on = focus on

Đoạn 8: “In 1942, he returned to Castleford to make a series of sketches of the miners who worked there”.

some drawings ~ a series of sketches

Đoạn 9: “In 1944, Harlow, a town near London, offered Moore a commission for a sculpture depicting a family”.

employ = offer [someone] a commission

Đoạn 9: “Moore’s work became available to collectors all over the world. The boost to his income enabled him to take on ambitious projects and start working on the scale he felt his sculpture demanded”.

Đoạn 9: “The boost to his income enabled him to take on ambitious projects”.

make it possible for = enable

Đoạn A: “Traveling around Thailand in the 1990s, William Janssen was impressed with the basic rooftop solar heating systems… Two decades later Janssen developed that basic idea he saw in Southeast Asia into a portable device…”.

Đoạn B: “The Desolenator operates as a mobile desalination unit that can take water from different places, such as the sea, rivers, boreholes, and rain, and purify it for … only water source available”.

Đoạn D: “A recent analysis found that at least two-thirds of the world’s population lives with severe water scarcity for at least a month every year”.

Đoạn E: “The device is aimed at a wide variety of users”

Đoạn F: “Prices will vary according to where it is bought… We are a venture with a social mission.  We are aware that the product we have envisioned is mainly finding application in the developing world and humanitarian sector and that this is the way we will proceed”.

Đoạn C: “Water enters through a pipe and flows as a thin film between a sheet of double glazing and the surface of a solar panel”.

Keywords: any, particles, water, caught in

Đoạn C: “The device has a very simple filter to trap particles”.

Đoạn C: “There are two tubes for liquid coming out: one for the waste – salt from seawater, fluoride, etc. – and another for the distilled water”.

Đoạn C: “The performance of the unit is shown on an LCD screen and transmitted to the company which provides servicing when necessary”.

Đoạn C: “The performance of the unit is shown on an LCD screen and transmitted to the company which provides servicing when necessary”.

Đoạn 1: “[…] the same story often takes a variety of forms in different parts of the world” …. “In fairy tales, details of the plot show considerable global variation.”

Đoạn 2: “The universal appeal of these tales is frequently attributed to the idea that they contain cautionary messages: in the case of Little Red Riding Hood, to listen to your mother, and avoid talking to strangers”.

Đoạn 2: “We have this huge gap in our knowledge about the history and prehistory of storytelling …That hasn’t stopped anthropologists, folklorists and other academics devising theories to explain the importance of fairy tales in human society.”

Đoạn 2: “Now Tehrani has found a way to test these ideas, borrowing a technique from evolutionary biologists”.

Đoạn 4: “Tehrani’s analysis focused on Little Red Riding Hood in its many forms, which include another Western fairy tale known as The Wolf and the Kids…. he ended up with 58 stories recorded from oral traditions”.

Đoạn 4: “Once his phylogenetic analysis had established that they (the stories) were indeed related, he used the same methods to explore how they have developed and altered over time”.

Đoạn 6: “Tehrani found no significant difference in the rate of evolution of incidents compared with that of characters”.

Đoạn 7: “But the really big surprise came when he looked at the cautionary elements of the story. ‘Studies on hunter-gatherer folk tales suggest that these narratives include really important information about the environment and the possible dangers that may be faced there – stuff that’s relevant to survival,’ he says. Yet in his analysis such elements were just as flexible as seemingly trivial details. What, then, is important enough to be reproduced from generation to generation?”

Cuối đoạn 7: “What, then, is important enough to be reproduced from generation to generation?”.

Đầu đoạn 8: “The answer, it would appear, is fear — blood-thirsty and gruesome….”

Đoạn 4: “Tehrani’s analysis focused on Little Red Riding Hood in its many forms, which include another Western fairy tale known as The Wolf and the Kids. Checking for variants of these two tales and similar stories from Africa, East Asia and other regions, he ended up with 58 stories recorded from oral traditions”.

Đoạn 9: “’Even if they’re gruesome, they won’t stick unless they matter”.

Đoạn 9: “Jack Zipes believes the perennial theme of women as victims in stories like Little Red Riding Hood explains why they continue to feel relevant. But Tehrani points out that although this is often the case in Western versions, it is not always true elsewhere. In Chinese and Japanese versions, often known as The Tiger Grandmother, the villain is a woman, and in both Iran and Nigeria, the victim is a boy”.

Đoạn cuối: “Clasen believes that scary stories teach us what it feels like to be afraid without having to experience real danger, and so build up resistance to negative emotions”.