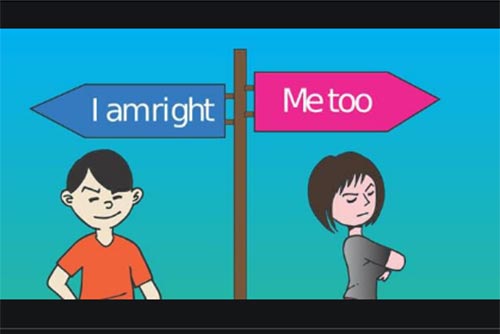 Do you think argument is important?

Without a doubt, disagreements play a crucial part in conflict resolution that is vital to organisations’ development. They enable people to approach the problem from others’ perspectives and eventually reach a mutually beneficial compromise. However, I must emphasize that not all arguments are positive or even necessary. Constructive arguments are likely to lead to desirable outcomes while destructive and repetitive ones might end up being a complete waste of time.

What do family members often argue about?

There could be hundreds of scenarios but I suppose the most common grounds for disagreements between family members are parenting and the division of household responsibilities. Children, especially teens, tend to disagree with their parents since they don’t like to be told what to do all the time and just want to assert themselves. This type of quarrel is particularly inevitable in families with overprotective parents. Besides, unfair shares of domestic responsibilities might also be the primary cause of frequent fights between a couple. Women have remained the main caregivers despite having a full time job themselves and this might give rise to endless arguments in dual income families.

Is it easier to have arguments with family or friends?

That’s an interesting one! The way I see it, people are more likely to have a row with their family than with friends. This is mainly because many tend to take their family for granted and believe that they’ll be loved and forgiven even if they provoke a heated, invalid argument at home. By contrast, when they are around their buddies, they tend to be more discrete and sensible as they dont want to humiliate themselves and risk losing a valuable friendship.

Do you think people should change the way they think when having arguments?

What a tough question! I’d say that it depends! Though people might find it incredibly hard to shift their mindset, I believe they should if this is the right thing to do in order to end a bitter argument. If there are, however, no compelling reasons to do so, it’s totally fine to stand their ground (stand up for themselves/ stick to their viewpoint) and fight till the end. The bottom line is that people should keep things in perspective and never let their emotions interfere with their arguments.